> Books>A Life In The Sea Of Red : Photojournalism By Liu Heung Shing 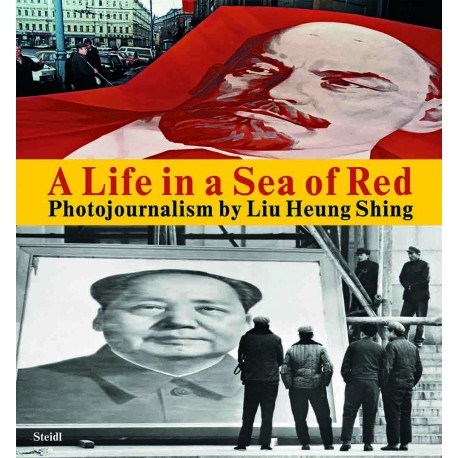 A Life In The Sea Of Red : Photojournalism By Liu Heung Shing

This book contains the two most important bodies of work by Pulitzer Prize–winning photojournalist Liu Heung Shing (born 1951): photos that document pivotal decades of Communism in China and Russia, made between 1976 and 2017. A Life in a Sea of Red presents scenes of hope, hardship and change under―and in the aftermath of―Communist rule.

Liu arrived in Beijing in 1978 on assignment for Time magazine to photograph the country at a moment of momentous transition―from the withdrawal of Mao’s portraits from the public realm, to the increase in free commercial, artistic and personal expression, to the violence in Tiananmen Square in 1989 and, more recently, the rise of Chinese yuppies.

In contrast, Liu’s photos of Russia, taken between 1990 and 1993, document the collapse of a Communist state. The most enduring of these shows Gorbachev throwing down the speech he delivered on December 25, 1991, announcing his resignation and signaling the end of the Soviet Union and Cold War.